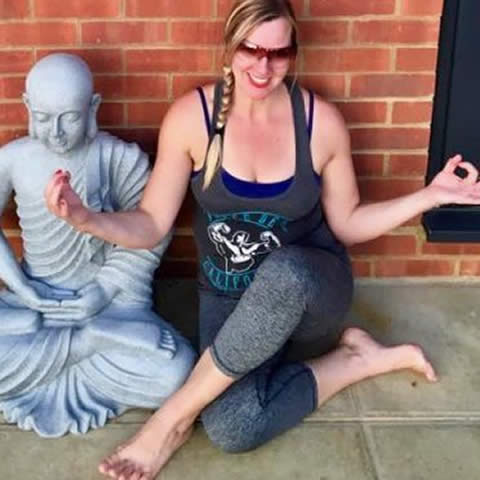 I discovered my passion for yoga over 20 yrs ago when I was working as a fitness instructor in a local health club. After a couple of years of working at the health club I decided I would like to see more of the world and managed to secure a position working on a cruise liner which predominantly travelled to American ports. At this time yoga was starting to become increasingly popular in the States so I was very lucky to have the opportunity to practice with some amazing teachers in beautiful places.

After a couple of years of travelling I then decided to return to the UK and in my quest for more knowledge took a degree in Physical Education and graduated with a B.Ed First Class Honours.

Shortly after graduating I was keen to see more of the world so began working for an airline regularly flying in and out of Los Angeles where I got to experience my first Bikram Yoga class, I was instantly hooked!

At this time there were no hot yoga studios local to me in the UK so the only time I could practice was when I was in the States. Eventually the Uk caught on and hot yoga studios started to open around the country so I was able to continue my practice when I was home. With regular practice I soon noticed the positive effects practicing in heat was having on my body and also amazed how much it assisted in my rehabilitation after I had a knee operation.

So in January 2018 I took a leap of faith and completed a 200 hour hot yoga teacher training with senior yoga teacher Kathy Ran and I’m now delighted to be able to share the benefits of hot yoga with others. As well as being a hot yoga teacher I’m also qualified in Vinyasa and still work part time for the airline which enables me to attend workshops and teacher trainings around the world. I look forward to helping you on your yoga journey.

Meet our other Teachers

🍂Four special classes to welcome in the new sea

Booking for In-studio classes up until 18th June i

Yoga Tree Studio is reopening in less than 24 hour